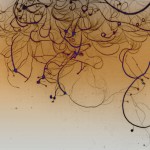 2 Responses to “Creating the Field of the “Physics of Cancer””